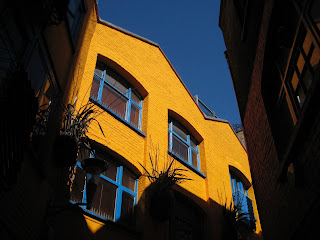 Big doings over here on the political front. It's been a wild few weeks in the newspapers, so let me give you the topline.

A few weeks back, news broke that all of the MPs (members of Parliament) were fixing their expenses. It wasn't just conservatives or Labour, but all of them. In true British form, the defining moment was the revelation that Conservative MP Douglas Hogg was repaid for £2,000 worth of moat cleaning. Classy.

Jon Stewart got wind of this, and John Oliver had to defend the behavior of the British aristocracy:

Thursday were European Parliamentary elections and UK local elections. I have no idea how to explain them, so click the link. As an American, I'm not allowed to vote and the elections were so complicated that it's a little bit easier to just ignore them.

But while the outcome is as of yet undetermined, Gordon Brown is having some serious issues. He's basically had half of his staff quit and one long-term supporter published an open letter to him telling him to quit. Ouch. So he moved a few people around in his cabinet and is trying to reassert his political power.

This is pretty big news here, because essentially the Labour party is hanging on to their position as ruling party by the slimmest of margins. It's like Dubya saying Republicans are still on top right before the 2008 presidential elections. David Cameron, the Conservative leader, is up in Gordo's grill, looking for a way to get into power. But I don't really understand it all. I am unclear as to what the effect of Conservatives taking control of government would be overall for the country, or its singular effect on me individually. But I do know that it would be the final death knell for "New Labour", Tony Blair's equivalent of Clintonian democracy. 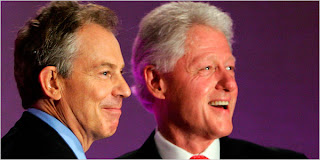 Which is sad, in a way, because the 90s are seriously back in fashion - the eponymous Liam Gallagher of Oasis just launched his own fashion line! What cruel twist of fate.
posted by Danielle at 10:59 AM 1 comment: