US politics from this perspective 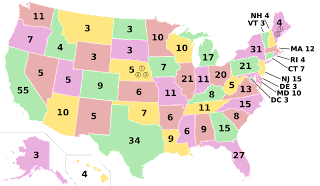 To follow up from my earlier post imploring America to vote, I thought I might share some of what I've noticed about America and American politics since moving to London. It's been nearly five months (!!! I KNOW), and I'm still confronted every day with a new understanding of myself, my country, and the world-at-large.

Let me start out by saying that Britain, and I'm sure the rest of western Europe, is very concerned about the US presidential election. BBC News has a segment on every news cast with a countdown to election day and has reporters following each candidate on the trial. There are special programs and documentaries about the US election system, the candidates, our political history, what the parties mean and stand for... as one anchorwoman ("presenter") said in an ad ("advert") last night: "We can't vote in this election, but its outcome will surely affect us and the rest of the world." Britons might not want to stay up all night and watch election returns hosted by Anderson Cooper on CNN with me, but they sure as hell will be waiting with baited breath to buy their newspaper first thing on November 5th.

Someone in my office asked me a few weeks ago "Can Obama really NOT win"? My reply was, Sadly, yes. From this perspective, and it's always been my personal perspective, Obama is the clear choice and a no-brainer. Britons, my Dutch clients, and other western Europeans I've come in contact with here all find it very perplexing that America and Americans can be so deeply divided on issues to the effect that a non-numerical majority could hand a victory to John McCain and Sarah Palin in November. Barack Obama's stature, composure, demeanor, and attitude fit in here; Europeans can relate to him. They are interested in his background, to be sure, being half-black, half-white, but they are judging his words and actions more than his pedigree: his middle name does not raise eyebrows, his supposed connection to a former terrorist seems irrelevant, and, to be honest, I think that everyone here feels like Obama is the sort of chap you can invite over for dinner and have a pleasant evening with and not worry he'll do something stupid – unlike our current President and the potential new VP-ette.

Because when it comes down to it, what I've noticed the most since moving here is that western Europe is waiting for America to grow the fuck up. America is like their littlest sibling who showed great promise by inventing a lot of stuff, getting good grades, and making a ton of money, but like any youngest, it works hard, plays hard, throws tantrums, has fits, gets greedy, jealous, and often cries foul at the littlest slight; it lacks the perspective and understanding of its' elders who have been around, seen a lot, and can process complex meaning without immediately pointing fingers or laying blame; yet at the same time, its' lack of history allows to go places and do thing its' older siblings would never dare attempt. I think the biggest misconception, though, is that western Europe is shutting America out, or has some superiority complex - on the contrary, it WANTS America in the sandbox, but frankly, only if it's going to behave itself. And for the last several years, it hasn't.

A lot of that bad behavior, in my opinion, stems from America's politicians trying to negotiate America's identity crisis. That is the single most difficult situation for me to watch from afar. It's like once I left America and turned around to view it from the other side of the Atlantic, all of its' political nuances drained away and the nation became one entity; my understanding of it as a union of 50 disparate states, each with its own individual personality and culture, got pushed to the back of my brain and I realized that my personal tolerance and rationalization of "Northern industrial attitudes" and "Midwestern values" and every other political persona that struggles for dominance in America is an insular characteristic of all Americans.

Of course other countries, western European or not, have broadly ranging political views; even Canada has one province that repeatedly demands to secede. But no country has such divided politics, especially along religious, financial, and social issue lines. Europeans are shocked by the US map that shows blue coasts and a solid red interior. They don't quite comprehend the roots of the chasm that splits an Easterner from a Midwesterner. I think much of their confusion can be explained by the traditional 2-party system to which the US clings; in much of Europe, multi-party coalition governments represent a range of views and stances on myriad issues important throughout each nation. The American 2-party system forces politicians to shoe-horn themselves into party structures that are either out-of-date, too vague, or too corrupt for voters to take them seriously. A politician shouldn't apologize for being overtly liberal, or for being radically conservative. The nation is too large and too complex for only two parties to represent it; if countries as big as New York state have support several parties to represent all of the political views of its citizenry, why can't America?

America's superiority complex about its own system of government is a perfect example of its role as little sibling. From this side of the Atlantic, American pride in its system of government feels like an immature boast: only American democracy is real democracy, while European democracies are bloated, paternalistic, intrusive, and lacking in real participation from the citizenry. Yet we all know that the Electoral College itself is a barrier to full American participation in government, and I can't tell you how many times I've stumbled through a botched explanation of how it works. As one reads newspapers and watches television news programs documenting the antics of the US Congress, though, American democracy looks like a 2-ring circus.

In the end, living in a foreign country both exposes a person to a new culture and reveals truths about one's home country. It can be hard having to defend the US to critics and those who don't believe in the founding tenets of the nation. But I've also rediscovered my pride in my homeland. Currently the BBC is airing a 6-part series where comedian and savant Stephen Fry visits all 50 states in a black cab. His thoughtful commentary and analysis, voiced over beautiful images of the vast American landscapes and cityscapes, brings tears to my eyes every time, and I'm so proud for it to be the place I came from. The series is reminding me of all the wonderful things about America – its grandeur, its quirkiness, its patchwork of people and opinions. Most of all, the people that Stephen Fry is interviewing are amazing examples of the possibilities that exist in America if you have the desire to grab them.

I think that one of the reasons why Europeans are so excited about Obama is that finally he DOES represent the good parts of America. He shows the world that maybe America is ready to stand up straighter, stop fighting itself, and present itself as a unified nation, perhaps even acting its age.
posted by Danielle at 5:03 PM